What Are Polyphonic Ringtones? 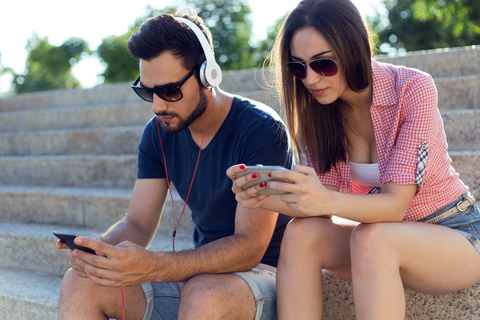 Few people understand the differences between the various types of ringtones.

In this article, we discuss polyphonic ringtones, and other standard ringtone formats, along with the advantages and disadvantages of each.

Cell phones are getting more and more advanced every day

The old ringtones have now been almost completely replaced with polyphonic ringtones. In this article we will discuss the differences between the three dominant types of ringtones available from most cell phones.

In recent years, a third type of ringtone has become popular, competing with modern polyphonic ringtones for market share. This new type of ringtone is called “true tone.” The true tone format is a digital audio recording similar to an MP3 that can perfectly reproduce a piece of music or other audio event. True tone ringtones have been gaining popularity over the last several years, and now most modern cell phones have the ability to use both polyphonic and true tone ringtones.

The advantage of true tone ringtones over polyphonic is that you can create a ringtone from any audio event that can be digitized. For example, you could record you and your friends telling jokes, create an MP3 of the recording, and then upload this as a ringtone on your phone.

There are several different types of software on the market that will convert standard MP3’s to cell phone ringtones, and most are quite easy to use. Additionally, there are ringtone upload sites online that will allow you to upload your newly created true tone ringtones on the Internet, and then download them directly to your cell phone ready for use.

Although true tone technology is gaining ground, the majority of cell phone ringtones in the United States are still of the polyphonic variety. They few companies are even attempting to merge polyphonic and true tone technologies to create a fourth category of ringtone that would have all the advantages of both types.

View all posts by CellBeat Ringtones